Seeds of Innovation: Bringing a Game Changing Helmet to Market 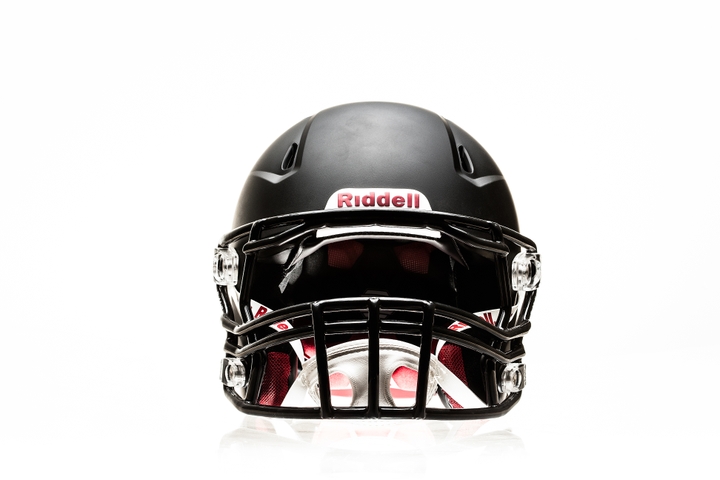 Just as the nation’s top colleges and NFL teams were taking the field for the 2008 season, the Riddell Revolution Speed helmet was making its debut on football fields across the country. With a host of innovative new features and benefits for athletes, the Revolution Speed would go on to earn the first 5-STAR rating awarded for protective helmet safety from Virginia Tech University.

Immediately following the launch of the Revolution Speed helmet, the Riddell product development team gathered in its Rosemont, Illinois development lab. The team was proud of the engineering feat it had just accomplished, knowing the fruit of its labor would help make the game safer and more enjoyable for thousands of athletes. The Speed helmet was recognized for its advanced design, enhanced side-impact protection and quicker-to-release face mask, but discussion with this group had shifted to solving new challenges and putting their creativity to the test.

“In the case of the Speed, it was joining the Revolution family of helmets, whereas our next innovation was a clean slate and anything goes – in the name of protection,” said Ralph Infusino, Product Design Manager for Riddell.  The team knew it was no time to get complacent. The bar had just been raised, and the team’s next great challenge had already been cast: create a new helmet from the ground-up that would push the envelope on player protection from every conceivable angle.

For Riddell’s product development team, these aren’t mere words. Call it a way of life, an obsession, a calling.  The core team of engineers boasts a century’s worth of experience, having dedicated their careers to making helmets more protective and the game of football safer. “In biomechanics we are taught to apply engineering concepts to biological systems – in the case of football helmets, we work to reduce forces of impact to the player’s head” said Thad Ide, Senior Vice President, Product Development and Engineering for Riddell.  “All of the hours in lab helped us identify the designs and product features that best met our goals.”

It’s obvious that the game of football is evolving, as are the protective needs of players. Research using HITS/SRS technology by an elite football program like University of North Carolina’s revealed that some of the most significant impacts an athlete faces – coming from all directions – on the football field take place on kickoffs, and notable findings like these have gone on to influence the way the game is played at all levels.

Leveraging this same data and years of information gathered from other top programs showed that improving impact response in all directions, including at the front of the head where the majority of impacts are experienced, could help improve athlete protection even further.  With previous helmet models paying special attention to addressing side impacts, a crucial design challenge emerged: find new ways to manage energy to the head from frontal impacts. Not only did the data align with this challenge, the team evaluated several helmets that returned to Riddell for reconditioning and research that demonstrated significant wear and tear to the front of the helmet and face mask.

Tapping this data, evaluating used helmets first hand and relying on their knowledge from years around the sport, the 360 was born.

Getting under the hood of the Riddell 360

Designing and engineering a football helmet is not for the faint of heart.  It can take years to develop an innovative helmet with advanced features and benefits. For the 360, it was truly a decade in the making.

While it might sound glamorous, football helmet R&D is often rotten and dirty.  Well before a helmet design is completed, countless hours are spent reviewing concepts, testing materials and discussing even the minutest of details that might lead to a performance enhancement.  “At Riddell, our designers are a lot like artists. Our product is never perfect and we’re constantly refining it,” said Infusino.

The lengthy “War Room” lab sessions that drove the development of Riddell’s Speed helmet had paid off, and would once again become a requirement given the team’s aspirations for the 360. “Our meetings would be set for an hour or two, but in reality, they lasted for many hours and even the full day at times,” said Vittorio Bologna, Research and Development Manager for Riddell. “We continued on shouting out concepts and building on each other’s ideas to ensure we wouldn’t lose the momentum generated by our think tank.”

“With the one exception of the chin strap, everything about the 360 is new from the ground up,” added Ide.  “The components, the shell, the liner system, and the list goes on and on—all of which stem from the vision and careful engineering that went into this helmet.” At a time when football is being scrutinized more than ever, coaches and parents demand 360 degrees of protection for their athletes. With that necessity in mind, Ide and his team sought to deliver enhancements from the top down with an aggressive shell design and continued integration of its Patented Side Impact Protection package—highlighted by enhanced mandible extensions and backed by increased energy managing materials.

One of the 360’s most impactful features, an enhanced occipital lock, is designed to significantly improve comfort, fit and stability.

“We paid special attention to helmet retention and stability on the athlete’s head with the design of the 360,” said Chris Kays, Senior Product Manager, Hard Goods for Riddell. “In one of those eureka moments, we made a modification to the liner system that improved the overall fit of the helmet. This advanced player protection and is designed to keep a properly fit helmet on the athlete’s head so they can stay in the game.”

Recent rule changes at the high school and college level stipulate that if a player’s helmet falls off during play, then the player must sit out the ensuing play and be cleared to return to the field. The rule change accentuated the importance of the strides made to advance the occipital lock feature.

Perhaps the most significant differentiator that has helped the Riddell 360 earn its “Gamechanger” nickname is its new flexible face mask attachment system. Again, a key insight from the HITS/SRS data showed that the majority of impacts experienced on the football field were to the front of the head.

“Our toughest job was figuring out a way to redirect energy away from the front of the athlete’s head, but getting there wasn’t easy,” said Kays. “Just when fatigue set in from the labors of the design and development process, we fielded calls and emails from coaches and parents expressing their appreciation for our technology and urging us to continue to address the need for better head protection for athletes. This reinvigorated our team and helped us cross that goal line.”

The team’s early direction took them down the path of the chin strap and its attachment points, but the mock ups weren’t delivering the results they hoped for. Then one day, the Riddell team and its partners from Biokinetics placed a single face mask on the table. “A face mask’s natural reaction is to spread apart during a frontal impact, and its purpose is to protect the face and offer a desired look,” said Bologna. “We asked the face mask to contribute to the overall protection package and help the helmet manage frontal impact energy better, so the idea of a flexible face mask and new attachment system emerged and was pursued.” Ultimately, the team developed a completely new solution for the 360 that features uniquely placed hinge clips and a face mask that flexes upon impact to achieve the desired energy managing outcome.

Getting to the end zone: testing and on-field trials

When a helmet emerges from concept to mock up to test unit, the work is far from over.  For the R&D team, many early mornings and late nights are spent running the helmet through the growing list of standards and performance tests. On the field, the helmet is trialed to ensure it can withstand the punishment of the gridiron. Riddell hand selected and personally delivered helmets resembling the 360 we know today to some of its top college football customers like Northwestern, Michigan State University, Purdue and University of Florida. They received prototypes for use during spring football and into “two-a-days” in the fall, where they monitored the helmets closely before and after practice, reporting back on activity and observations that could inform changes to the helmet before a complete roll out.  Back at the Riddell lab in Rosemont and Biokinetics lab in Ottawa, Ontario, testing was underway to evaluate the helmets durability.

“When we solicited feedback from our elite customers during the 360 development process, we heard that it would be hard to outdo the Speed,” said Dan Vooletich, Regional Vice President, Riddell Sales. “But now when we introduce the 360 to our customers at all levels and start to tick off the helmet’s unique features, the 360 really stands apart as something truly game-changing.” 2011 marked the helmet’s initial season of use at the elite college and professional level. “Our customers were anxious to receive their Riddell 360’s to try out in year one, and the resulting feedback has translated into significant momentum for this head protection platform as several programs are moving to upgrade their helmet technology to 360 in 2012.”

The Riddell 360 pushes the limits of helmet technology with its unique design and differentiating protective features. The industry and football community is taking notice. Following in the footsteps of the same helmet that was used as a jumping off point, the Riddell 360 earned the highest possible 5- STAR rating in the 2012 Virginia Tech Helmet Rating study, a feat that only the Speed helmet had accomplished the year before and maintained in this year’s results.

If the evaluation by Virginia Tech and early on-field performance is any judge, the Riddell 360 has many downs of football ahead of it. That is, until Riddell’s next game-changing innovation.