Today, Riddell, the leader in football innovation and protective equipment, announced the addition of legendary football player, Peyton Manning, as a strategic advisor to the business. In addition, Manning will be Riddell’s first-ever brand ambassador supporting the football community.

Manning’s new role as strategic advisor to Riddell will encompass contributions in product development, community and charitable initiatives, internal programming, and special projects directed by Riddell executive leadership. One of football’s most renowned players and advocates, Manning will partner with Riddell to amplify the brand’s contributions in protective equipment innovation and highlight its grassroots initiatives like Smarter Football, which enhances the football experience for those associated with the game. 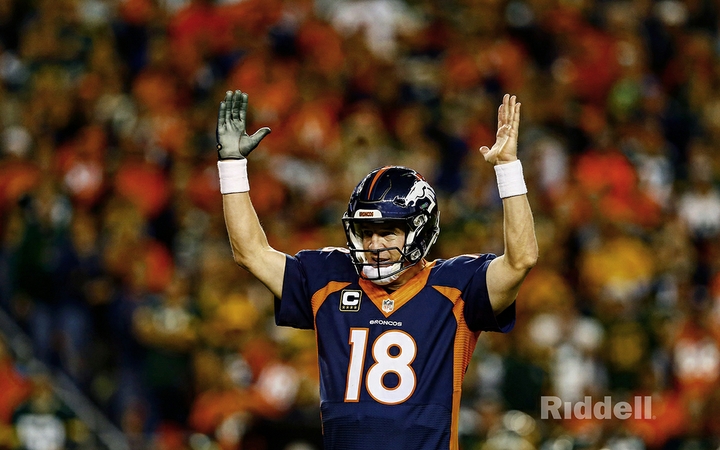 “Peyton Manning is synonymous with football. His contributions on and off the field help advance the sport, and benefit athletes at all levels,” said Dan Arment, President and CEO of Riddell and BRG Sports.

“We are honored that Manning joined Riddell as a business advisor and brand ambassador as we work together to lead the sport of football to a stronger future.”

Manning’s association with Riddell began years ago when he wore the brand’s helmets and shoulder pads throughout his career. The future Hall-of-Famer was also one of the first NFL players to wear the Riddell Revolution®, which transformed the development of today’s football helmets with its research-based design. Manning also selected the popular Riddell SpeedFlex® helmet for his final NFL season, concluding in a Super Bowl 50 championship.

“Riddell is one of the most recognizable brands in football and has long maintained its leadership position through meaningful improvements in player protection and game-tested innovation,” said Manning. “Riddell is also doing great work to educate the football community about new protective technology, the importance of proper equipment management, and coordinating initiatives that make new gear available to football programs in need. I’m appreciative of the opportunity to invest in the company and join #TeamRiddell to help reinforce the brand’s efforts in advancing the sport I love and believe in."

Manning’s business acumen and strong connection to the game make him an ideal partner to work with Riddell in its ongoing commitment to product development and good for the game initiatives.

Arment continued, “It’s a transformational period in Riddell’s history as we deliver on our aggressive product roadmap packed with game-changing innovation. Riddell’s ambitious plans to further our head protection leadership will benefit from Manning’s intuitive knowledge of the game. He will also help us deepen our relationships with key industry partners and organizations focused on growing and improving the sport.”

From being chosen by the Indianapolis Colts as the number one overall pick in the 1998 NFL Draft through his retirement after helping the Denver Broncos win Super Bowl 50, Peyton Manning scorched the NFL record books and distinguished himself as arguably the best quarterback of his generation. Manning revolutionized the game with his talent and football IQ and made his unmatched leadership and quality of character his trademark. His many on-field achievements throughout his 18 NFL seasons include:

This legacy built upon his impressive collegiate career. In his senior season, he led Tennessee to an SEC Championship, earned All-America honors and was given the Sullivan Award as the nation’s top amateur athlete as determined by a combination of traits including character, leadership and athletic ability.

A future Hall of Fame quarterback, Manning embodies what it means to be a professional athlete in today’s day and age, making a lasting impact both on and off the field. He has championed numerous charitable organizations and foundations to further his positive impact on the community, including the PeyBack Foundation, which he founded in an effort to help underprivileged youth in Colorado, Indiana, Louisiana and Tennessee.